Please contact us to find out how we can help you put conservation on your land! 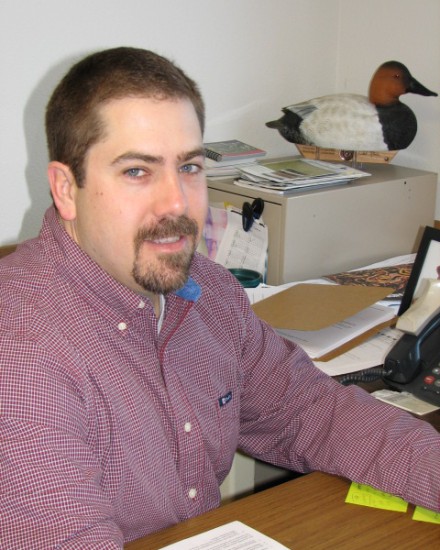 Matt has been the District Administrator at Stevens SWCD since December 2005. He is responsible for overseeing daily district activities, budgeting, grant writing, supervising and directing District personnel, and working with the Board of Supervisors. Matt coordinates the native grass program including sales, planting, planning, and implementation. He also administers state programs such as RIM and the MN Wetland Conservation Act, and is responsible for implementing the Local Water Management Plan. Matt also serves as the County Ag Inspector. He is the past President of the Minnesota Association of Conservation District Employees and a member of the working group that developed the Walk-In Access hunting program in Minnesota. Matt graduated from North Dakota State University with a bachelor’s degree in Fisheries & Wildlife Zoology. Prior to working at the District, Matt worked at the U of M WCROC as an Assistant Scientist in the soils department, as a Habitat Biologist for California Waterfowl Association in Sacramento, and as a Private Lands Biologist for Ducks Unlimited in North Dakota. He is Fire Chief on the Morris Fire Department and resides in Morris with wife Angie and five kids Abbie, Andrew, Annika, Abby, and Nicholas. 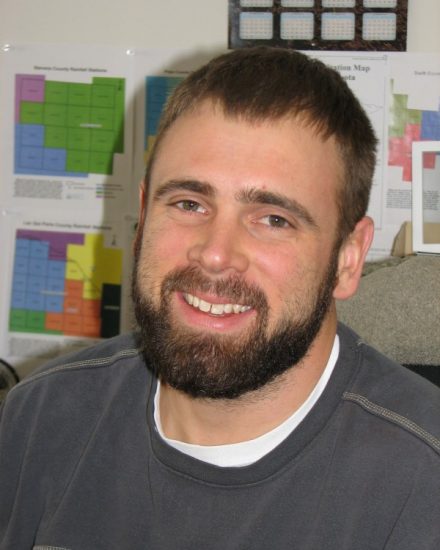 Adam Erickson started as the District Technician with the Stevens SWCD beginning in October 2015.  His duties include: MN Buffer Law implementation and oversight; promotion, implementation and maintenance of the CRP, RIM, WRP-RIM and CREP programs; providing technical assistance for various local, state, and federal cost-share programs; coordination of the SWCD grass seeding program; as well as assisting with tree planting, rain gardens, and other SWCD programs.  Prior to working with the SWCD, Adam had spent four years working with the NRCS as a Wetland Specialist.  He received a B.S. in Aquatic Biology from Bemidji State University in 2006.  In the past he worked seasonally for the Stevens SWCD between high school and college.  Adam grew up locally on a farm near Donnelly, raising grass-fed beef cattle. He enjoys spending time with family and friends, working on the farm and being outdoors: camping, hunting, fishing or just being out on the boat.  Adam currently lives in Cyrus with his wife Katie and four sons Callan, Kadam, Brecken, and Izan. 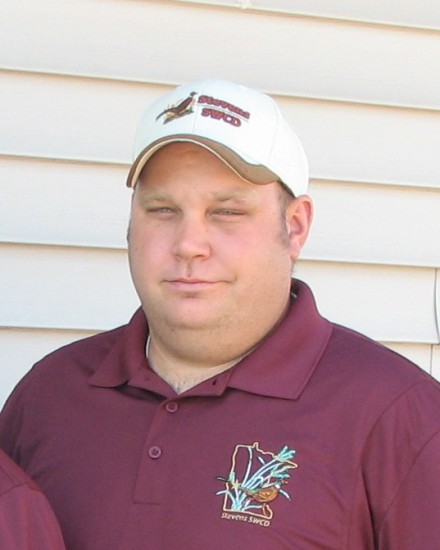 John started employment with Stevens SWCD in April 2013. As the district’s Assistant Technician, he works with planting native grasses, trees, rain gardens, and with weed control. He resides in Morris where he was born and raised. After high school John attended Minnesota State University Moorhead and received a degree in Business Administrations. Following college he returned back to Morris and worked for Lembcke’s Garage for nine years. John is presently serving as Second Assistant Chief with the Morris Fire Department, which he has been a member of since 2006. When not working, John enjoys playing golfing, hunting, ice fishing, and playing darts. Most of all he enjoys being with friends and family. 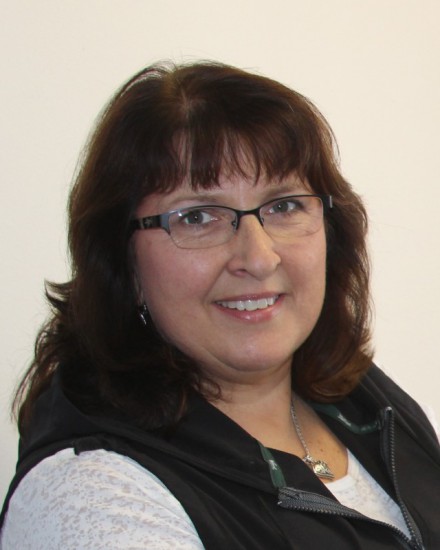 Judy has been with the Stevens SWCD since 1995.  She started her position as Education & Promotion Coordinator in 2005, prior to that she did the office manager position at Stevens SWCD for 10 years.   At present she works closely at the District with the education program and promoting the district’s conservation activities, along with helping as needed with tree planting, and rain gardens. Judy coordinates a variety of environmental education programs for youth as well as adults. She is the coordinator for both the Area 2 and State Envirothon for high school students across the state. Judy is a graduate of Penn State University with a degree in Agricultural Economics and Rural Sociology. She lives on a small farm northwest of Morris with her husband Lee. They have two grown children that are both married, and four grandsons.  Judy enjoys raising sheep on the farm, volunteering in the community, traveling, outdoor activities, fishing, boating, and a little scrapbooking/card making in her spare time 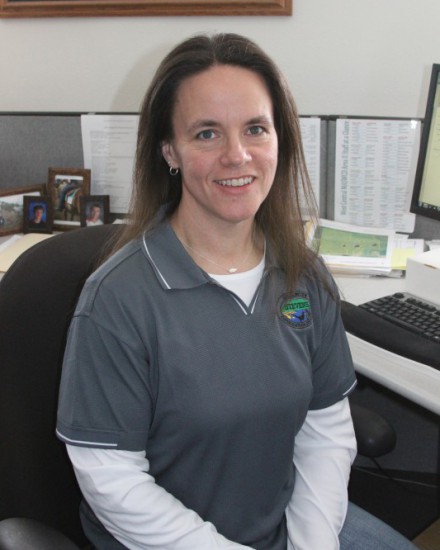 Chris has been our Office Manager since the fall of 2005. Her main role is to provide support to the SWCD board and staff, as well as to the Pomme de Terre Joint Powers Board and its technical committee. She oversees the financial recordkeeping and daily operations at the office. Chris graduated from the University of Minnesota Morris with a degree in English and she has lived and worked in Morris since then. She and her husband live south of town and they have two grown sons. When not at work, Chris enjoys staying active, spending time outdoors, horseback riding, camping, and reading. 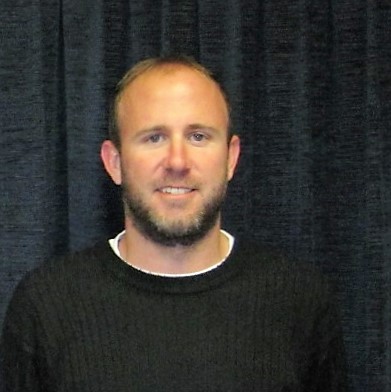 Steve Linow provides engineering services to 12 Soil and Water Conservation Districts in central Minnesota.   He started his duties in May 2017 after 11 years of serving as a Civil Engineering Technician for USDA NRCS in Elbow Lake. Prior to NRCS he worked for Ducks Unlimited.  With over 16 years of experience, he works with private landowners getting conservation on the ground.  Steve’s main workload has been reducing soil erosion in cropland.  He has experience in lakeshore/streambank erosion, ag waste facilities, and water retention.  Steve is also interested in gaining experience with utilizing conservation within urban areas.

Steve is from Alexandria and currently resides near there.  When he is not glued to a computer or survey rod he enjoys being outdoors and spending time with family and friends.

Our partners include, but are not limited to:

The mission of the Stevens Soil & Water Conservation District is to work with county landowners in putting conservation practices on the land and to help all citizens be good stewards of our natural resources.